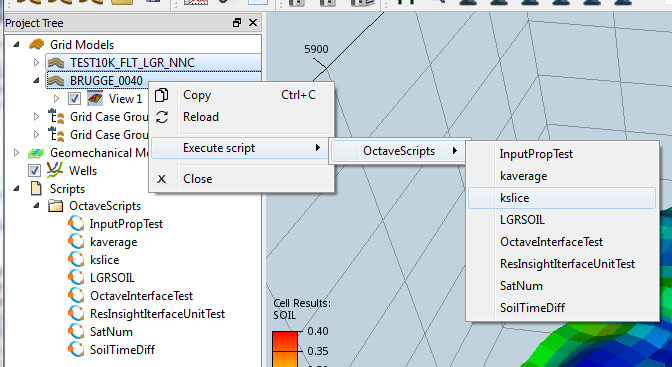 ResInsight provides powerful and flexible mechanisms for post-processing of results and automation by its scripting interfaces:

ResInsight incorporates a powerful Python interface which allows you to interact with ResInsight and load data for further processing and automation.

By the interface to Octave you will find: