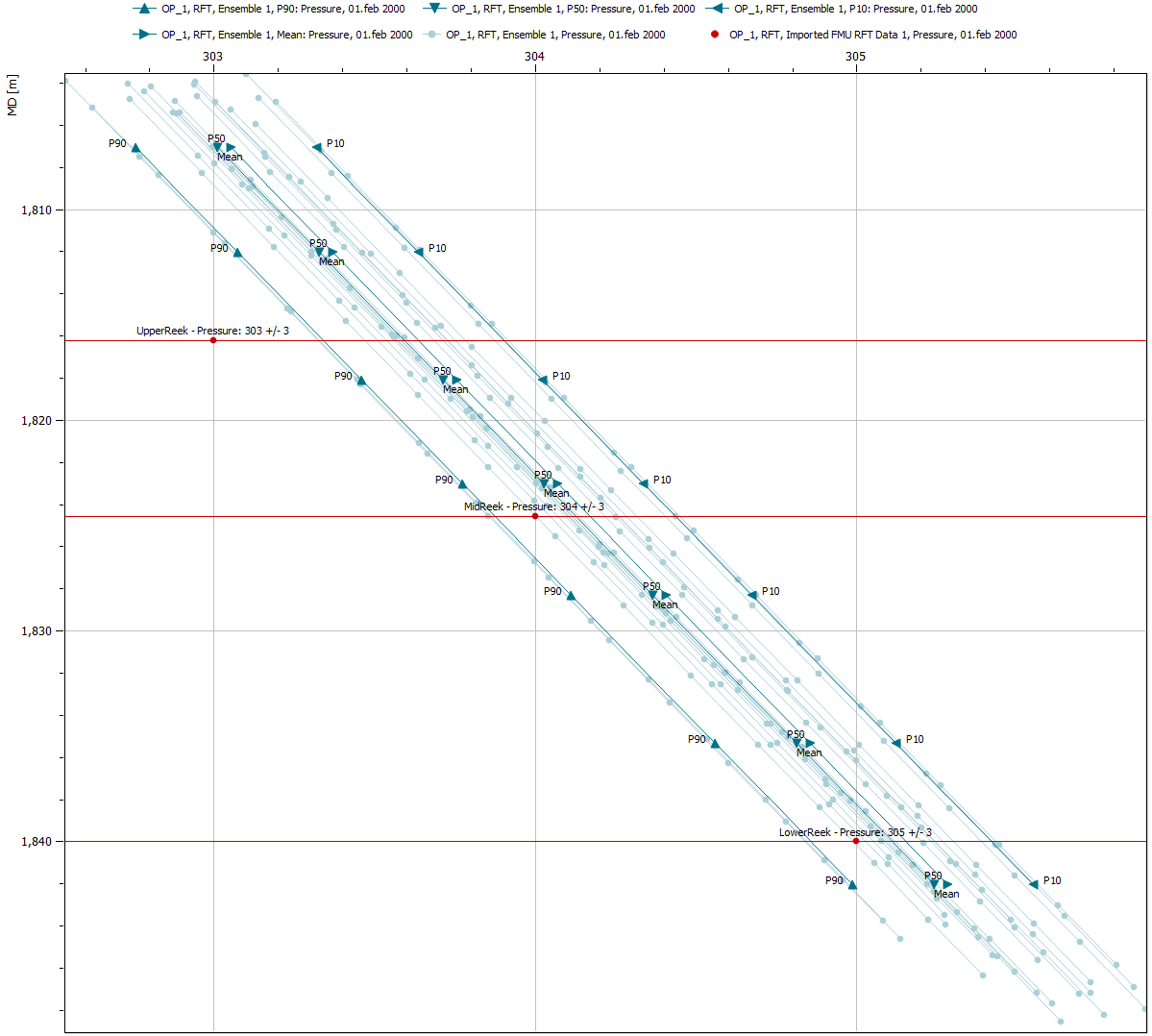 When a summary ensemble has been imported, observed FMU data can be imported via right-clicking Observed Data in the Plot Project Tree, and selecting Import Observed FMU Data. 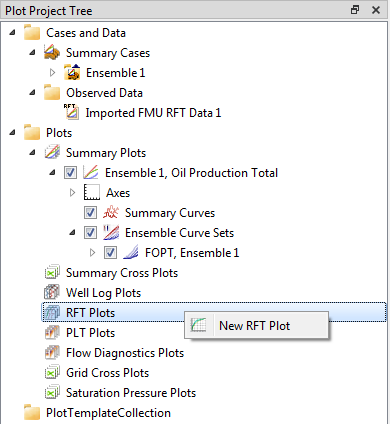 The property editor lets the user select which curves to display in the RFT plot. 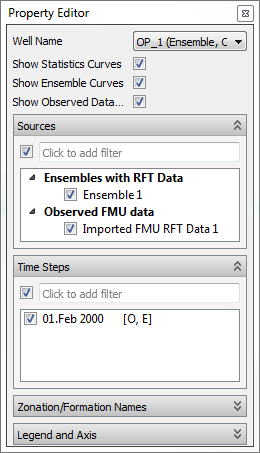 Select the well to display in the plot. Wells postfixed by '(Well Path)' have an associated well trajectory loaded.

Subsequent to selecting a well in the Well Name field, the relevant sources for that well will appear in the Sources field. The sources for this particular case are:

When the user selects one or more sources, a selection of their time steps appears in the Time Steps field.

The Time Steps field contains the relevant time steps according to the source selection. Time steps are deemed to be relevant by the following rules:

More than one letter for one single time step, means that the time step comes from multiple case types.

The display of formations lines is controlled in the same manner as for RFT plots. Please see the full documentation of the formations property editor for details about formations.

Visual properties of legend and axes is controlled in the same manner as for RFT plots. 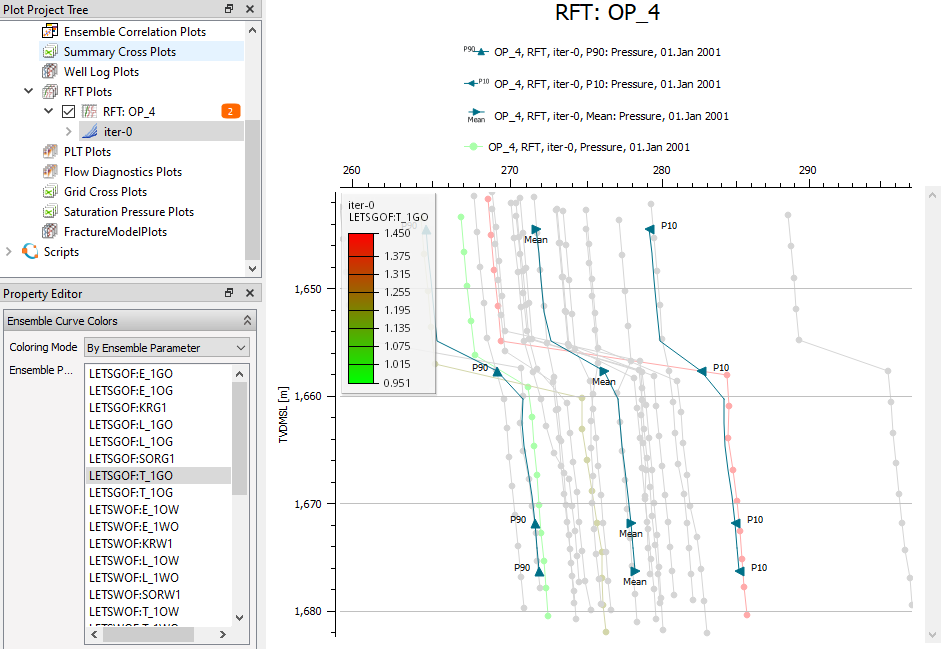 Observed RFT data as part of a FMU run is presupposed to be located in a folder which contains the following four file types:

The purpose and format of the data files is explained below.

The data file well_date_rft.txt is required. If missing, no Observed FMU data will be imported.

Correlation of grid and formations

The file layer_zone_table.txt can be used to correlate each grid k-layer with a formation name. This file is identical for all cases in the same ensemble.

For a given well name, the file <well_name>.txt is a data file containing five columns that specify its correlation with reservoir zones. Each line of data must contain:

There can be multiple measurement for each well.